Do You Really Want Your Music To Be Heard? 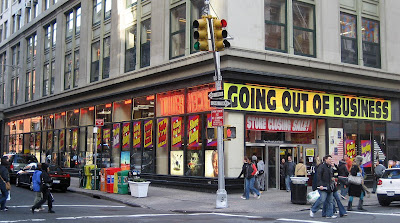 The days of stopping by the local record shop and browsing for the latest music is a bygone era. The majority of the large super record stores, such as Tower Record, Virgin, and HMV, which brought an end to the smaller Mom and Pop shops, are now closed. All that remains for the most part are the national chain stores such as Walmart, Best Buy, and Target, which happen to be the three largest music retailers, followed by Borders and Barnes and Noble. However it's internet based retailers, such as Apple's i-Tunes and Amazon, that are leading the charge into the new musical landscape. Yes, we are now officially in the digital age.

The digital age brings forth a new dilemma for the recording industry, one that they have yet to resolve due to the backwards thinking of those "suits" who are still thinking in a pre-digital mode. Gone are the days of the record/cd as we knew it. In today's market we have the choice of either buying the whole cd, or just those tracks we like, which has caused a panic attack throughout the recording industry. The industry's first response was to attack the downloading frenzy that came about when peer-to-peer internet sites such Napster became all the rage. Instead of thinking outside the box and using the peer-to-peer sharing technology to their benefit, they lashed out at those prosepctive customers by vehemently going after them. Since it would be almost impossible to track down every downloader in existence, or even the most savvy of the offenders, their initial reaction accomplished nothing. It would take a visionary, like Apple's Steve Jobs, to show a reluctant recording industy just how to maneuver in the digital age. Today, Apple's i-Tunes, a recording industry outsider, is the leading music retailer, and the music industry "suits" still don't get it.

To understand why the "suits" just don't get it we need to take a look back at how the industry became so powerful. In the beginning the beef was between the sheet music industry and the new recording industry. As a result of records being mass produced the sheet music industry began to experience financial losses. This not only affected the sheet music companies, but the musicians themselves, who would receive royalties from the sales of the sheet music. You see, in the beginning record companies didn't pay royalties, just recording fees. Another industry also affected was the entertainment parlors that featured musicians. Eventually as a result of the recording industry the jukeboxes would begin to put a whole lot of musicians out of work. Believe it or not more musicians lost their jobs as a result of jukeboxes, than as a result of the Great Depression. As the industry grew and more money poured in a very powerful lobby was established. That power was felt when recording media such as reel-to-reel tape, cassettes, and even Beta and VHS recording media were first being introduced. As part of a deal to placate the recording industry the manufacturers of recording media, such as those mentioned above, would have to pay a tribute to recording industry performance rights groups such as ASCAP and BMI, since the industry "suits" claimed that the users of such media would be infringing on the rights of performance artists. Not only was this tribute imposed on the manufacturers of recording media, but on the manufacturers of recording devices, such as cassette recorders and video cassette recorders, as well. When the industry evolved to digital audio tape, and later the compact disc, the tribute became larger, and technological restrictions became even more stringent. One would think that the recording industry "suits" would have an idea of what was about to happen as we began to enter the digital age, but unfortunately they didn't have the slightest clue. 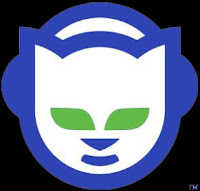 Since the days of the peer-to-peer debacle the recording industry "suits" have maintained their course full straight ahead maintaining basically the same business models used since the beginning, while digital savvy thinkers like Jobs forge ahead making those models obsolete for the most part. In today's market the artist doesn't really need the backing of a multi-national comglomerate like Sony-BMG to make it. Artists such as REM, Dave Matthews, and Coldplay are leading the way into the new digital domain. An artist can now record himself digitally in his own homestudio using Protools, or some other software. He can do it all recording, mixing, and mastering with just a laptop. He can easily get the music onto cd and packaged for a very reasonable price. He can then market the product himself through web based entities such as CDBaby and Amazon, and even sell downloads through iTunes, Amazon, and CDBaby, just to mention a few. We've come a long way, and who knows what lies ahead.

If the recording industry doesn't get it's act together soon theirs will be the same fate as that visited upon the sheet music industry, and entities such as Apple, Amazon, and Rhapsody will become the new industry. I'm sure a forward thinking rightbrainer like Jobs is already thinking of starting an i-Tunes record label. It's a no brainer, and something just about anybody can do nowadays. The only obstacle in getting your music heard these days is not radio play, but getting your music out there, and there is no better place to promote and sell it than on the web.
Posted by George Rivera at 10:45 PM